124 - The Hauntings of the Dole Mansion

Is the Dole Mansion in Crystal Lake Haunted? Visions of ladies dressed in Victorian-era clothes, unexplained laughing and talking, lightbulbs exploding, and surprising photographs. Proof of paranormal activity, or just folklore? By Stephanie Price, Patch Staff Originally posted Oct. 2012 Ghosts. Spirits. Paranormal activity. Either you believe in them, or you don't. But since it's the day before Halloween, it seemed appropriate to delve into a bit of ghostly folklore as it pertains to one of Crystal Lake's oldest landmarks - the Dole Mansion. Most people have probably driven by the old house by the lake, built in the 1860s by Charles Sidney Dole. The mansion and its addition at 401 Country Club Road are now part of the Lakeside Legacy Arts Park. Thousands of people visit the Dole grounds every summer during the Lakeside Festival, or the 4th of July celebrations. But, according to some tales, there are just as many spectacular and bewildering things happening inside the Dole, as well. Spirit Sightings? "Once when I was on the garden level, I saw a dark shadow figure running from one side of the hall to the other late one afternoon," said Kevin Dalby, a security and maintenance worker at the Dole since 2005. "It wasn't a person." Dalby said he's had several personal experiences seeing flashes of images that just can't be explained. A couple Dole guests said they saw a girl dressed in old clothing running up the staircase, Dalby recounted. Others think they've stumbled upon the spirit of Eliza "Lou" Ringling, the widow of circus owner Al Ringling, who helped purchase the Dole property in the 1920s. "During one of the First Fridays, while we were getting ready, I thought I saw a Victorian woman in my peripheral vision. But then, she just disappeared," Dalby said. Erin McElroy, advancement coordinator for Lakeside Legacy, said she has heard many stories over the years from locals, photographers and artists working at the Dole. While she's never seen any ghostly apparitions herself, she believes there is a very positive energy at Lakeside Legacy Arts Park, now home to various independent artists, musicians, and instructional studios. "We definitely have had a lot of photographers come in here, take pictures in natural light and then claim their photograph prints have orbs on them," McElroy said. "Myself, there are times when I've experienced drastic changes in temperatures, and times when I've been working here alone when I didn't feel like I was alone," she said, with a laugh. 'Man in the Window' Photograph But one intriguing "ghostly" photograph, captured by a Dole intern, stands out, McElroy said. A wayward bird found its way into the building, and was found dead on the bed in Mrs. Dole's bedroom on the second floor. Using a digital camera, the intern photographed the bird and uploaded the photo to her personal Facebook page. Her Facebook friends commented on the picture, and asked who was the person standing in the window. The intern hadn't noticed the man at first until she received the comments. She reprinted the photograph, lightening the toning, to get a clearer view. "It looks like the photograph we have a man hanging here at the Dole," Dalby said. Another picture caught an unexplained image reflected in the mirror in the Dole dining room. And an outside shot of the Dole just weeks ago had one of those infamous orbs that some people believe represent paranormal energy - and other people think are the result of modern digital cameras. Historical Perspective Is it the ghost of Charles Sidney Dole? The grounds keeper's wife? Mrs. Dole? No one knows, but, according to local historian Diana Kenney, Mrs. Dole's mother is the only person known to have died at the mansion. However, Kenney, who serves as president of the Crystal Lake Historical Society, is not a believer in the spirited folklore. Kenney spent many hours at the mansion helping refurbish the home's old wooden trim years ago when the Dole was owned by the First Congregational Church, of which she is a member. The church sold the property to the Lakeside Legacy Foundation in 2002. "I have spent a lot of time at the mansion by myself, with others, in the basement and in the tower, all times of the day and night, and I have never seen anything (unusual)" Kenney said. "I've been as up close and personal as anyone with that building, and I'm very confident in what I didn't see." "The Dole is a beautiful piece of history and a beautiful mansion," she said. "That is what the Dole is." OK, so not everyone is a believer. But, as McElroy points out, there is a uplifiting spirit at the Dole and Lakeside Legacy, be it paranormal or not. "There is a very positive, warm vibe throughout the building," she said. "If there is anything here, it's good." Take a Tour McElroy said those curious about the Dole and its folklore are welcome to stop by anytime Monday through Friday from 9 a.m. to 5 p.m. for a self-guided tour (donations always appreciated). Lakeside Legacy always has art exhibits displayed throughout the mansion, and guests are can browse at their leisure. The mansion's second and third floors also are open to visitors during every First Friday event at Lakeside Legacy, she said. Groups, organizations and individuals wanting a private, guided tour can schedule one for a fee, she said. More information is available on the Lakeside Legacy Arts Park webpage. For more "ghost stories" from the Dole, read one artist's account of hearing people talking and laughing during the time she rented one of the studios at the Lakeside Legacy Arts Park. Read more about it on Your Ghost Stories. 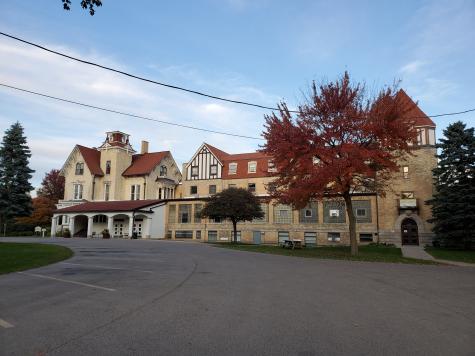 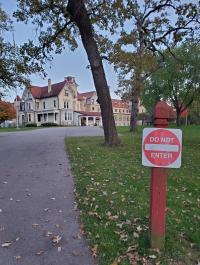 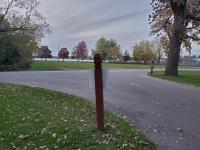 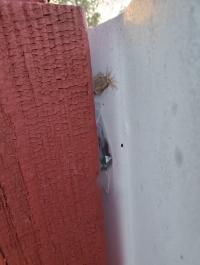