128 - The Haunting of the Leland Tower

Behind the it's haunting legends there are numerous suicides of guests over times. You can easily say it as a suicide hot spot. people jumped from top floors into the Fox river beside. probably this is the major reason about its haunted notoriety. Elevator banks are very mysterious at night. Eerie moaning sounds from there sometimes. Foul ghastly odor smells throughout the building in those spooky nights. Some of those folks who lived there admitted that Aurora is haunted. They felt weird several times. Always sensed like being watched by uncanny presences or have seen a mysterious cat who really scared some of them. In other side, many others think all these are just nonsense, because and only because of those some suicide incidents.

Constructed in 1928 as a first-class hotel and entertainment center, the Leland building is twenty-two stories high. When built, it was the tallest building in Illinois outside of Chicago. It was designed by Anker Sveere Graven and Arthur Guy Mayger of Chicago. The architects called their building “a modern adaptation of the Italian Romanesque style”. It is now being used as an apartment building.As a hotel the Aurora-Leland had all the modern amenities of the times—including telephones in every room. Topping this sky scraper was the Sky Club, a dinner and dancing club outfitted with elaborate decor and furnishings of the highest quality. The views from the Sky Club as well as its elegance made it a place to see and be seen by the local socialites. "Swanks" from Chicago thought the Sky Club a fun place to take their dates. Philip K. Wrigley, fan dancer Sally Rand, and the singing cowboy Gene Autry are some of the famous names seen there. Recordings were made there by such famous blues musicians as John Lee "Sonny Boy" Williamson.The tower is also known, however, for being a popular spot for committing suicide. Many have taken their own life by jumping off the 22 story tower into the river below. Because of this, many consider the building to be haunted. Those who live inside the now apartment complex claim that they often hear moans in the elevator and smell foul odors throughout the building. 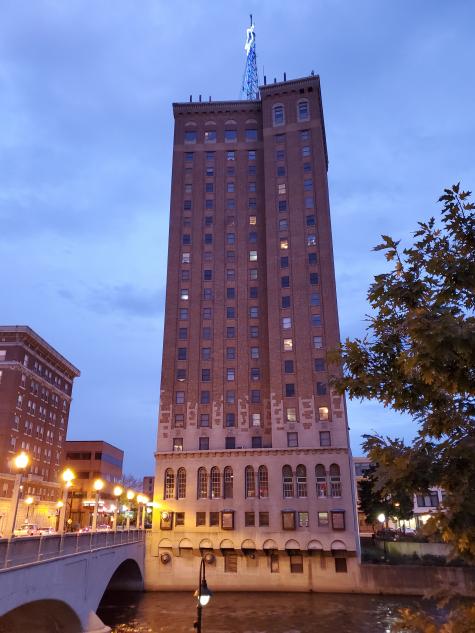 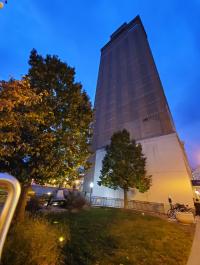 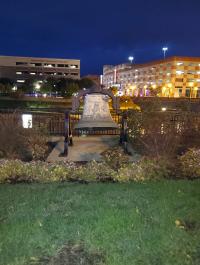 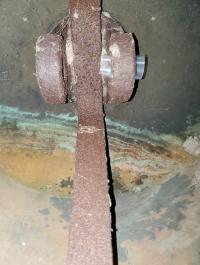