Due to repeated vandalism the owner asked me not to place anything on the Roadhouse property. So, having said that, I was allowed to do the history of the place and post it. The zombie brain is not at this location. But! it’s a must stop and check it out! It’s got a cool bar and home cooking with an old-time atmosphere to it. So, once you’ve found the brain at its location, you must have lunch here. If you get touched on the shoulder or see the woman, I want to know. The last photo is of the Roadhouse.

Oregon, Ill. may look like a small and innocent town but it has a gritty past. Including a restaurant that is haunted by the ghost of a murder victim and former patron of the place. The Roadhouse at the corner of IL Route 2 and Pines Road in Oregon, IL holds a secrets of the past that has been heard and felt by those who have worked here and by the current owners. According to their website, rhouse.org, the owners who purchased the building back in 1993 were told that it was haunted, but they dismissed that because the building was in such disrepair. However, while they were renovating it they said a young woman appeared twice walking through the building saying "How nice it will be once it's complete" then she disappeared without a trace. The owners then found that an unsolved double murder that happened in Oregon in 1948 of Mary Jane Reed and her date Stanley Skridla were connected to the Roadhouse. Mary Jane frequently came here and danced with the soldiers and this was the last place she visited before she and her date were found shot dead, riddled with bullet holes on Country Farm Road. Employees have refused to work the late shifts there alone because of the strange things they hear and because the "jukebox would play erratically by itself after midnight, stopping abruptly in the middle of a song. One song in particular plays consistently by itself." They've connected the song to that of being a favorite of Mary Jane's and it will play whenever it wants and as many times in a row as it wants with no explanations. Oooh is this making you get goose bumps? It is me. And that isn't all. More reports of paranormal activity have happened here. From smelling strong perfume and flowers in certain rooms after hours. Employees have seen a woman walking almost gliding the front hall past the swinging saloon doors in the after hours of the bar. Some of the workers have felt a touch and then a cool breeze pass by them. They've also said, that utensils in the kitchen have fallen from shelves or hurled themselves across the room with no one touching them. I'm getting the chills are you? It's also been known, as stated in MysteriousHeartland.com, that cigar smoke can be smelled in the air and the clinking of poker chips can be heard in the basement, as this place was one a gambling hall and speak easy during the prohibition years of 1920's - 1930's. Wow! That's a whole lot of spookiness going there. The restaurant has been going strong for nearly 24 seasons despite all this ghostly activities. Are down for a road trip to get a meal and maybe a ghostly encounter? It's a short drive, about 45 minutes or so down Route 2 from Rockford. 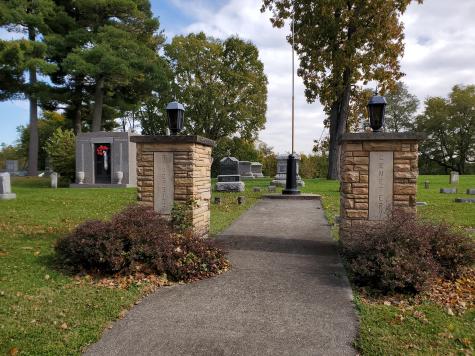 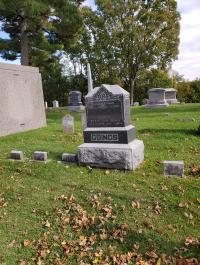 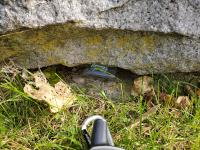 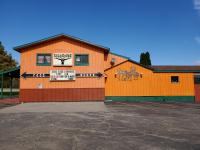