The neo-Gothic building on the Ringstrasse was built as a token of gratitude for a failed attempt to assassinate Emperor Franz Joseph.

The Votive Church was consecrated on 24 April 1879, on the day of the Silver Wedding of Emperor Franz Joseph and Empress Elisabeth. Work on the plans for the church had already started in 1854, just a few months after an unsuccessful assassination attempt on the emperor. His brother, Archduke Ferdinand Maximilian (the future Emperor of Mexico), appealed for donations "in gratitude for the sparing of His Majesty" in order to construct this church. In the end, the architect Heinrich von Ferstel was commissioned with the project.

The three-nave neo-Gothic basilica in the French cathedral design is one of the most important buildings of European Historicism. Due to its location on the Ringstrasse, the Votive Church was also called the "Ringstrasse cathedral". A museum is also housed in the church, or more precisely, in the former court oratorium. The most outstanding exhibition piece is the "Antwerp Altar", which is considered to be the most important surviving artwork of this genre. It was started in Brussels around 1460 and completed a little later in Antwerp. (The museum is currently closed for renovations.)

In addition, the Votive Church is also interesting for tourists because the pastoral focus lies on their care. And Holy Mass is held here every Sunday in several languages at 11.15 am.

See SPOILER pictures where you can find the tag excactly. 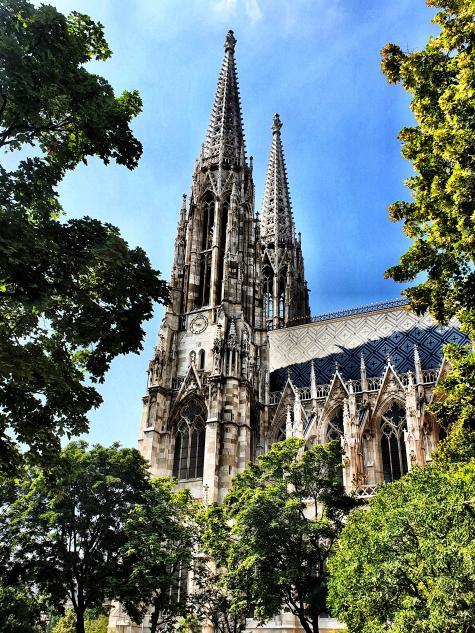 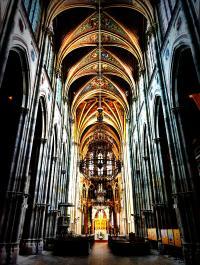 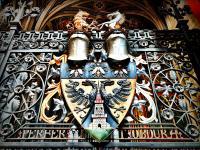 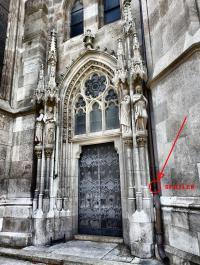