It is a quiet Saturday morning. You settle into your favorite recliner with a cup of steaming coffee, glad for the chance to finally relax after a long week at work. Hoping for a favorable forecast for your geocaching plans this afternoon, you click the television over to your favorite local news channel. What you see makes you sit bolt upright in your chair.

"This is Anna Shan, reporting live from the corner of Northwest Expressway and Council Road. As you can see behind me, Oklahoma City police have established a perimeter around the Resurrection Memorial Cemetery after receiving multiple reports of unusual activity overnight. I know this is going to sound unbelievable, but it appears that...well...it seems that some of the graves here have been...evacuated. In addition to the unearthed graves, police have also been taking calls from concerned residents reporting strange noises, suspicious loitering, and missing pets. Authorities have set up a hotline number for people in the area to...to...wait...Dan, what's that behind you?...AAAAAAAAAA!!!!"

As the image of the television reporter abruptly jolts to static, your can feel your heart hammering in your chest. You miss the chairside table and send your coffee cup crashing to the floor. What in the heck is going down at that cemetery? And what in the world just attacked that poor camera operator?

It's a terrifying thought, but for some reason, you have a strange urge to drive over to Resurrection Cemetery and investigate...

You are looking for a small baggie wrapped in camo tape, hidden at the base of a tree. If you stand at the graves of Sherry Lynn Philips and Patrick Glenn Wells, and look south, you will be roughly in line with the correct tree. 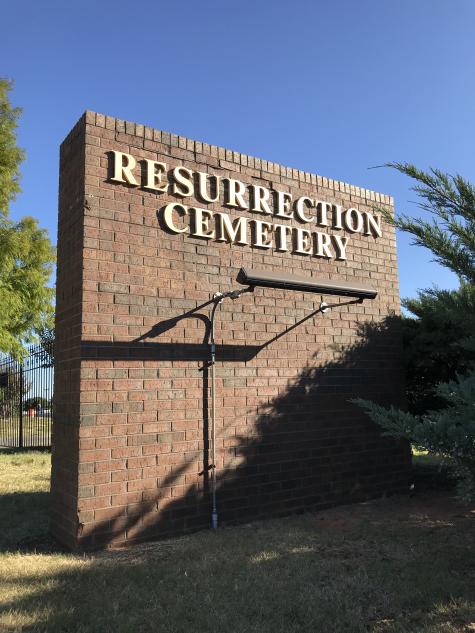 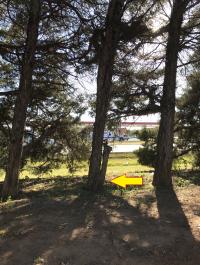 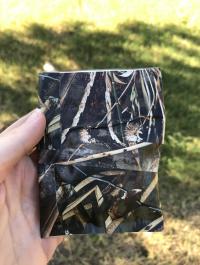 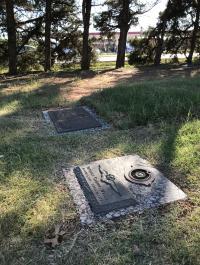